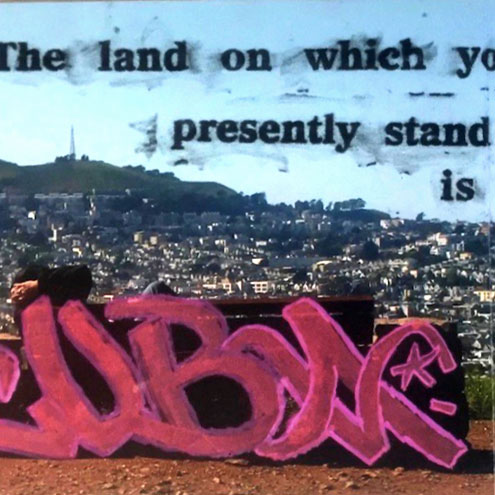 Here are some highlights from our work in March that have us feeling energized, not only for our continued work but for the trends we see happening in acquisitions. Meaning, we see increased interest in grassroots & activist works, and overall pieces that are agitating to systemic injustice. Plus, the cherry blossoms are out and it’s springtime!

Victoria Law’s Tenacious Box Set Pre-sale sells out! These four special edition box sets not only include all 44 Tenacious: art & writings by women in prison (the first ever) but two original artworks that were reprinted in the zines, one handwritten request for Tenacious, and one rejection slip or rejected zine from institutions. Thank you to New York University, Smith College, University of Texas (San Antonio), and DePaul University for acquiring this incredible box set! Subject matter includes pregnancy and motherhood, mental health, HIV, harassment, sexual assault, addiction, sentencing, aging, education, sexuality, correction officer and institutional abuse, prison programs, re-entry, experiences of transwomen, self-love, and women working together to support one another. We are on schedule for the production ahead and plan to ship in the summer, 2021. We have made the full edition available here.

Leopold Bloom’s How to Transition on Sixty-Three Cents a Day (2013) attracts private collectors, too. Published in an edition of 163, we continue to distribute this unique artists’ book. A memoir told in letter-pressed postcards from Bloom to his mother as he travels across the country, How to Transition tells a much larger story of access to transgender health care in the United States. Five institutions have collected How to Transition and then last month we were surprised with three orders to private collectors. More copies are on the way. Stay tuned, or reach out to reserve a copy.

Erik Ruin’s A Threnody for the Dispossessed (2019) acquired by Herzog August Bibliothek! This sixty-foot-long screen-printed scroll/accordion book about refugee experiences in the Middle East, Europe, and Latin America will now be accessible for the Herzog’s research programs, which are described as exploring the “history of international relations, or the history of culture, ideas, and politics … social history, the history of religion, business, science and law, constitutional history, the history of society, [and] women and gender from the Middle Ages to Early Modern Times” A Threnody was made as part of Swarthmore College’s Friends, Peace, and Sanctuary project, which brings respected American book artists, academics and culture workers into intimate conversations and publishing collaborations with Egyptian, Iraqi, and Syrian artists, poets, and other individuals who have recently resettled to Philadelphia. The project culminated in exhibitions at Swarthmore College and at Booklyn in 2019.

CUBA’s autobiography series acquired by University of Delaware. The Bay Area graffiti “godfather” and founding member of the Clarion Alley Mural Project has been on fire lately! He’s produced nearly ten unique books in the past year, three of which are an Autobiography series acquired by University of Delaware, along with Superstition Freeway. The autobiography series is written in CUBA’s formidable style and covers his days as a teenager in the Baltimore Experimental High School, his encounter with the graffiti of NYC writer REVOLT (or Dr. REVOLT) which is when NYC style was first introduced to the Baltimore graffiti scene, his realization that he was born to do graffiti and starting to do what he describes as, “scribbling” on the walls and then his decision to use the tag “Cuba.” We still have The Past is Cold, but two more books are in the works and we hope to have them this May.

The Booklyn Bridge #1 & #2 acquired by Harvard University, Fine Arts Library & University of Connecticut (Storrs) Archives & Special Collections. Booklyn Bridge is our latest fundraiser edition that celebrates 21 years of Booklyn! So far, we’ve made it through Y2K, 9/11, The Great Recession, Hurricane Sandy, and we’re making it through the COVID Pandemic with your help. Thank you to Harvard University and the University of Connecticut for acquiring the first two in this edition of 21. Our fundraiser editions do so much to support Booklyn through the challenges of our times. Check out these incredible artists who all contributed their work to Booklyn Bridge: CUBA, Raoul Deal, Jan Descartes, Ganzeer, Taehee Whang, Candice Hicks, Aaron Hughes, Monica Johnson, Josh MacPhee, People’s Paper Coop (Mark Strandquist and Courtney Bowles), Eliana Perez, Rigo 23, Erik Ruin, Maria Veronica San Martin, Beldan Sezen, Dana Smith, Sofia Szamosi, Sublevarte Colectivo, Marshall Weber, and Christopher Wilde. (OH MY!)