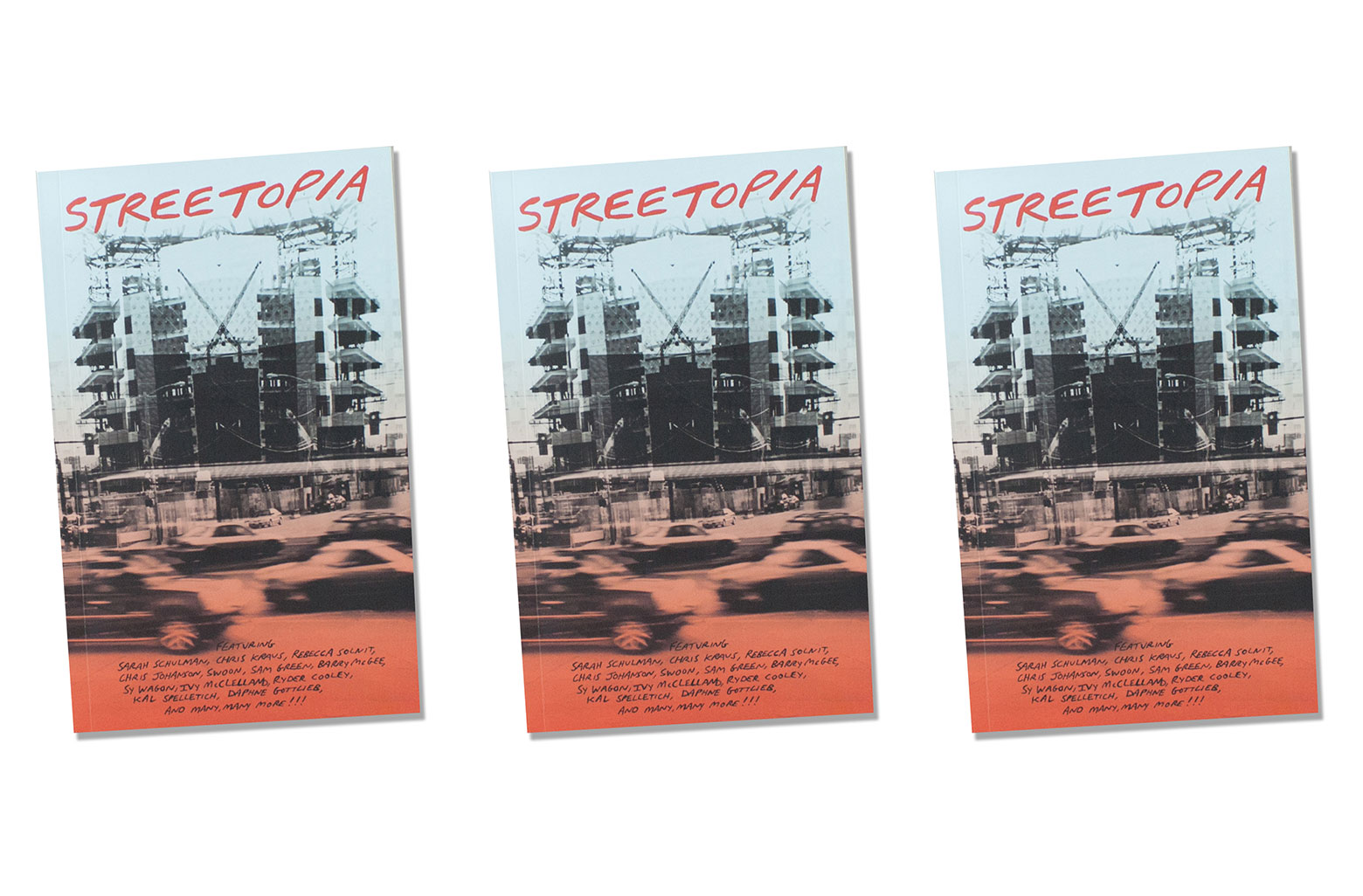 After San Francisco’s new mayor announced imminent plans to “clean up” downtown with a new corporate “dot com corridor” and arts district–featuring the new headquarters of Twitter and Burning Man— curators Erick Lyle, Chris Johanson, and Kal Spelletich brought over one hundred artists and activists together with neighborhood residents fearing displacement to consider Utopian aspirations and to plot alternate futures for the city. Opening in May 2012 at the Luggage Store Gallery, the resulting exhibition Streetopia was a massive anti-gentrification art fair that took place in venues throughout the city. For five weeks, Streetopia featured daily free talks, performances, and skillshares while operating a free community kitchen out of the gallery.

This book brings together all of the art and ephemera from the now-infamous show—featuring work by SWOON, Barry McGee, Emory Douglas, Monica Canilao, Rigo 23, Xara Thustra, Ryder Cooley, and many more. Using the format of an exhibition catalog as a jumping off point, the book also includes essays and interviews with key participants that consider the effectiveness of Streetopia’s projects while offering a deeper rumination on the continuing search for community—and for Utopia—in today’s increasingly homogenous and gentrified neo-liberal cities in an era of unprecedented wealth disparity.

Streetopia was made possible by the generous assistance of Booklyn, Occuprint, Luggage Store Gallery/509 Cultural Center, Members of The Luggage Store Board, and The Andy Warhol Foundation for the Visual Arts.

Streetopia is available for purchase here.