Lil’ Radicals: Multicultural and Social Justice Publications for Kids in the 21st Century 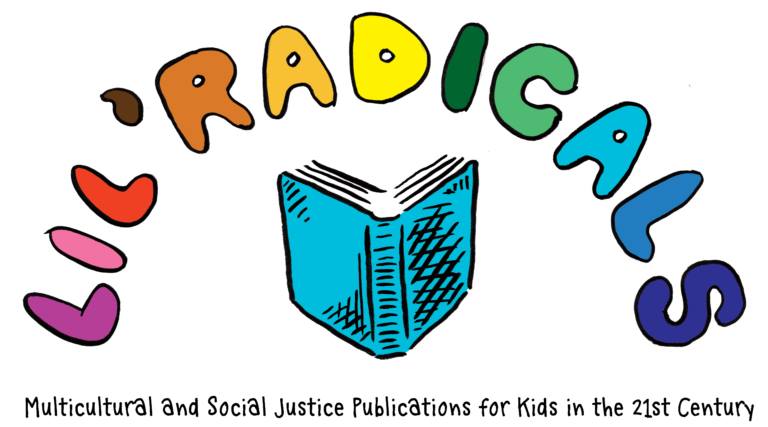 Lil’ Radicals: Multicultural and Social Justice Publications for Kids in the 21st Century is a survey exhibition of independently and self-published children’s books, zines, and other print-based publications with a focus on multicultural affirmation, social justice education, and empathy development.

In recent years we have witnessed a new wave of storytelling in children’s literature in response to the wide diversity gap in children’s book publishing. While so-called “diverse” characters and narratives emerge frequently from mainstream publishers, the results have been limited. Books that address marginalized histories and identities tend to stay safely within the bounds of a conservative book market, and in doing so center white, hetero and cis bodies, and reinforce capitalist or colonialist values.

The books within the exhibit are created for children between ages 3-12. It was organized by Monica Johnson, with research & Curriculum, Olivia Siu.

The exhibition includes self-published works by individual authors and artists as well as works published by small and independent publishers, such as Sari-Sari Storybooks, Bay Area publisher of children’s books in the languages of the Philippines, and Flamingo Rampant, a Toronto micro-press producing feminist, racially-diverse, LGBTQ positive children’s books.

The exhibition showcases work from authors and artists located in New York City and across the United States, including children’s books by South Bronx public school assistant principal, Anthony Tucker, and Brooklyn-based artist, Katie Yamasaki. Also included in the exhibition are zines created by middle-school-age girls in Fly Orr’s Comics Art Class at the Lower Eastside Girls Club, a community center in NYC. Robert Liu-Trujillo, a Bay Area author and illustrator, contributed “Furqan’s First Flat Top,” a Spanish/English bilingual story of a young boy getting his first flat top at a barbershop with his dad.
“Justice Makes a Difference,” by Minneapolis-based educator and author, Dr. Artika Tyner, tells the tale of a girl named Justice, who, inspired by freedom fighters, dreams of becoming a changemaker herself. In addition, the exhibition will include a reading nook of multicultural and social justice children’s books produced by larger publishers as well as a display of Russian children’s books from the 20th century. Booklyn will host weekly children’s programming on Saturdays throughout the exhibition.