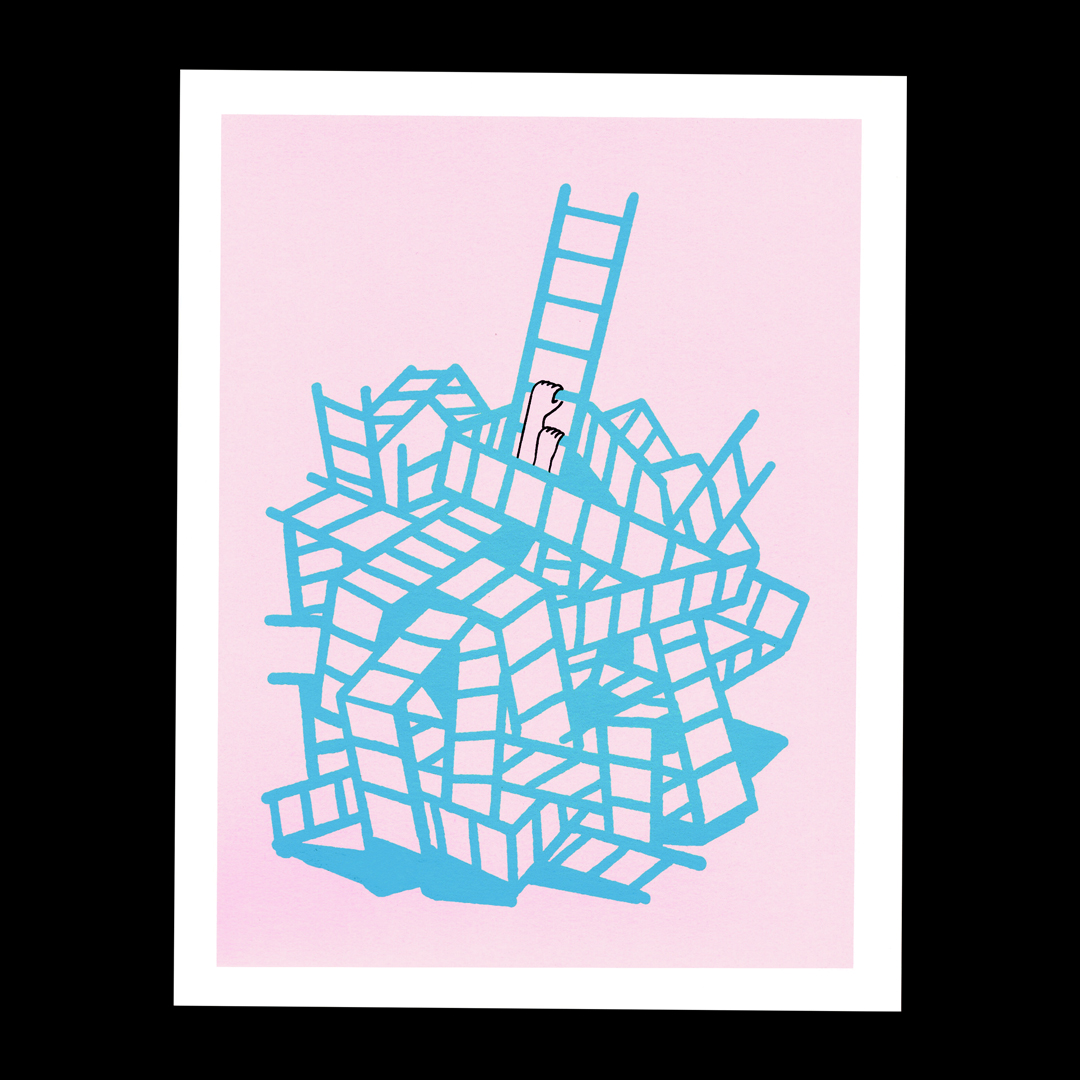 Beirut Editions was an online exhibition of limited edition artist prints to promote and support relief efforts in the wake of the August 4, 2020 explosion, which resulted in at least 210 deaths, 7,500 injuries, and unhousing an estimated 300,000 people. At a time when everyone felt overwhelmed and helpless to enact real change, Beirut Editions made it easy to have a direct impact on those who need help the most: Buy a print. Support small local NGOs.

How it worked: the online exhibition ran October 13 – December 10, 2020, and 100% of proceeds from the limited-edition art prints sales went to communities in need of immediate assistance. All prints and originals had been donated by a diverse range of illustrators, artists, designers, and printers.

The exhibition successfully raised and distributed $48,000, which was sent to three NGOs working on the front lines of aid and activism in Lebanon. These three groups are hyper-local, which means their support has a direct and immediate impact on individuals who need help the most right now.

This exhibition was made possible in part by funds from the New York City Department of Cultural Affairs, in partnership with the City Council.