Adam Golfer: A House Without a Roof 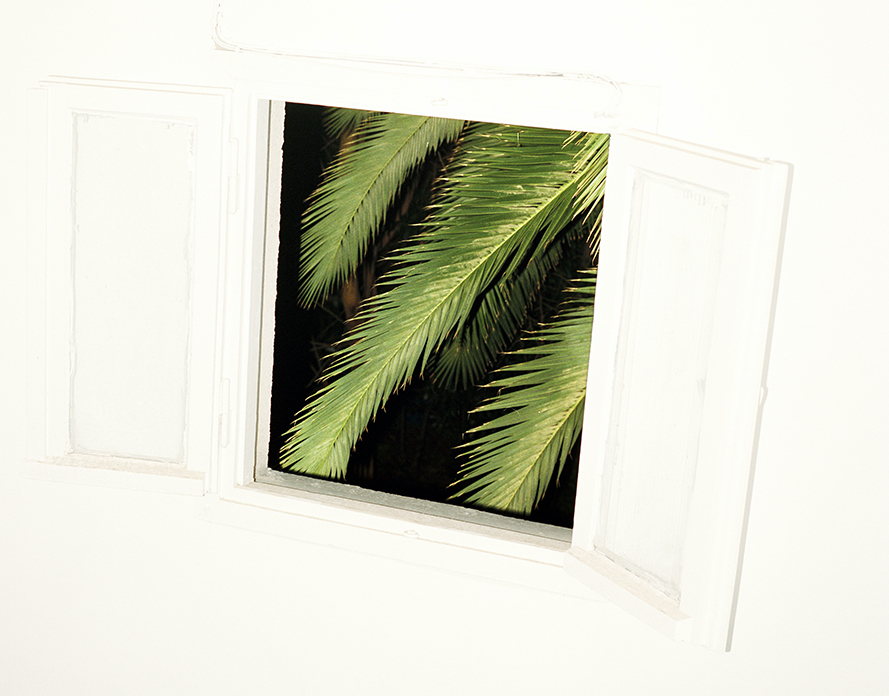 Golfer’s family history – its memories, objects, and mythologies – becomes material for taking stock in the divergent iterations of global narratives.

A House Without a Roof concerns the strands of history connecting the Jewish Diaspora out of Europe and forced mass migrations from Palestine following WWII with the creation of the State of Israel.  The book associated with the exhibition loosely traces the triangular relationship between Golfer’s grandfather – a survivor of Dachau, his father – who lived on a kibbutz in the early 1970s, and the artist – caught between the membrane of histories that turned the oppressed into oppressors and residents into refugees.  A House Without a Roof negotiates the splintered narratives of war and displacement between Europe, Israel/Palestine, and the United States.

The exhibition also includes the video piece, Router (2014), a work that epitomizes Golfer’s hybrid approach to art and filmmaking.  Router shifts between the actions of two subjects; a New York performance artist, and a German WWII reenactor, creating a distinctly separate dialogue by way of the space between them.

A House Without a Roof was begun in 2011.  Its sense of “rooflessness”, of disjointed familiarity,  – architecturally, historically, and politically questioning one’s sense of being planted – hovers throughout Golfer’s book, use of imagery, and in the uncertainty of the space between the two characters in Router.  As in the reading of the book’s text, one memory is often redirected by the addition of another. One’s ability to locate era, subject or speaker (third and first-person voices diverge and overlap) is complicated by a perpetual relocation of literary devices.

Adam Golfer lives and works in Brooklyn, NY. He holds a BFA in Photography from the Maryland Institute College of Art and is currently an MFA candidate in the Interdisciplinary Studio Arts program at Hunter College in New York. Adam’s photographs and videos focus on themes of war, performance and memory. He has exhibited at the Camera Club of New York, the 92nd Street Y, and the Goethe Institut in Washington, DC. His photographs have appeared in TIME, The Wall Street Journal, FADER, Die Zeit, and W, among others. Golfer has given artist lectures at ICP, MICA, NYU, and Parsons. In 2013 he was featured as one of PDN’s 30 New and Emerging Photographers to Watch. In August 2015 Golfer will be a resident at the Kuldiga Artists’ Residence program in Latvia.

A House Without a Roof is the first in a series of exhibitions considering artists who negotiate, reference, or embody socio-political concerns in their work.

A House Without a Roof was reviewed as an Artforum critic’s pick. Read the review by Ian Bourland here.

Selected prints are available here on our online store. You can preorder a copy of the A House Without A Roof book here.

Gallery hours are Thursday – Tuesday, 12-5PM. If visiting on a weekday in August, consider calling ahead, due to a limited summer schedule. For more information please contact [email protected]